Want your video game ads to cut through the noise? These best practices will help you stand out in a crowded market. 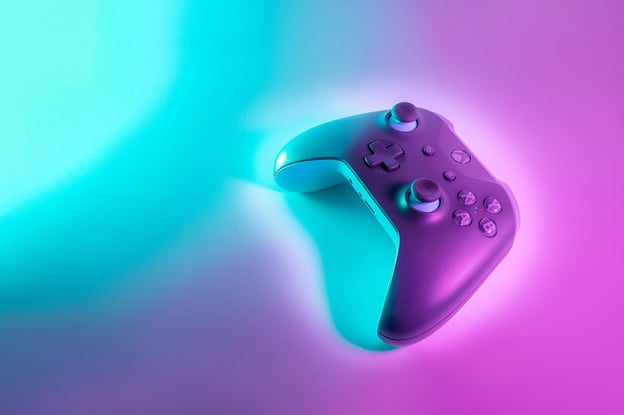 Half a century after the release of Pong, the video game market is bigger than ever. With 3.24 gamers worldwide, the video games industry is expected to reach $95.45 billion in 2022, just about tripling the $31.8B market size from a decade ago. From the biggest AAA hits to the smallest indies, thousands of games are released across various platforms every year. That’s great news for gamers, but for game advertisers, it’s harder than ever to stand out.

Because of the sheer volume of gaming-related media consumed on a daily basis, it’s critical for developers and publishers to ensure that video game advertising cuts through the noise and makes an impact with their intended audience. To do that, you need to understand the elements that make video game ads successful — read on to learn more.

Reach gamers in their native environments

Coming off the massive success of the mega-selling Wii console, which went on to sell over 100 million units, Nintendo was poised to continue dominating the home console market with the release of the Wii’s successor in 2012. However, over the course of its five-year lifespan, the follow-up — confusingly named the Wii U — turned out to be Nintendo’s worst-selling console of all time. A big reason for that failure wasn’t the console itself, but the confusing marketing that never fully explained what the Wii U was and why Wii owners should upgrade. The initial announcement wasn’t accompanied by any photos or videos, early marketing materials confused audiences by making it seem like the new system was just a controller upgrade, and later commercials focused more on its family-friendly aspects than the technology that made the system unique.

The lesson learned? When it comes to video games — whether it’s hardware or software — it’s important to show, not tell. Consumers should be able to understand at a glance the appeal of what you’re selling. Don’t just show screenshots or videos, show the specific aspects that make your game unlike any other. Don’t use generic, buzzword-filled descriptions of genres and gameplay; be specific and deliberate. Keep this in mind as you strategize your own video game commercial efforts — gaming is a visual medium, and your presentation should speak for itself.

While still a relatively young industry, video games have been popular for several generations now, which means many adult gamers have strong emotional connections to the titles they played in their youth. Gen Xers and Millennials who grew up with 8- and 16-bit systems are now introducing those classics to their own children, and games have long since evolved beyond the point where their moving stories, dazzling graphics, and memorable soundtracks invoke strong emotional responses.

In other words, gamers have strong feelings about what they’re playing, and video game ads should leverage that connection, whether by invoking nostalgia or using the ad’s creative elements to set the mood. For example, 1990s nostalgia is huge among Millennials and Gen Z right now, and publisher Limited Run Games capitalized on that when promoting the recent release of Teenage Mutant Ninja Turtles: Shredder’s Revenge. Few media properties evoke memories of childhood for those born in the 1980s and ’90s like TMNT, and Limited Run took it one step further by bundling physical copies of the game with a Pizza Hut coupon, mimicking similar promotions from 30 years earlier. This ultimate ‘90s callback not only made an impact with the gaming audience and generated social media buzz, but the ensuing media coverage kept Shredder’s Revenge in the headlines consistently in the lead-up to its release.

Despite pushes for diversity and inclusion in recent years, there’s still a perception that gaming is primarily for children, teenage boys, and young men who can’t seem to make it out of their parents’ basements. This couldn’t be further from the truth: Women accounted for 45% of the national gaming audience in 2021, and the split between men and women has been close to equal for about a decade. Additionally, only 20% of gamers in the U.S. are under the age of 18. If you’re not taking all of these demographics into account, your video game ad is sure to miss the mark.

If you’re not sure about the demographic makeup of your own audience — or how your game fits into the current market — conducting market research via surveys is a great place to start. It’s also important to keep the channels of communication open and listen to player feedback, whether it’s on various forums or social media. These temperature checks will help you get to know your audience better, which in turn enables you to create video game ads that get noticed.

Reach gamers in their native environments

With so many advertising platforms available in the modern marketing ecosystem, there’s no one-size-fits-all approach that works best for all of them. What garners attention on social media wouldn’t work in a more traditional video game commercial, for example. Mobile web and in-app represent huge advertising opportunities, but publishers should make an effort to reach gamers where they spend their time: on their gaming consoles.

As any owner of a modern console will tell you, these systems are used for far more than just games in the modern era. They’re also internet-connected streaming devices with access to a plethora of subscription entertainment services that stream directly to the television, like Netflix, Hulu, and so many more. In general, consumers respond better to ads that are relevant to their interests, and TV/streaming ads make more of an impression than those on mobile or web. Considering that console owners are more likely to subscribe to OTT video and pay TV services than the general public, this makes connected TV an ideal way to connect (no pun intended) with your audience and get an advantage over the competition.

Grabbing gamers’ attention through video game advertising is challenging, but the right marketing partner can help make it easier. At tvScientific, we believe the CTV platform is ideal for reaching the right audience and driving brand growth. Our innovative performance advertising platform for CTV simplifies and automates buying and optimization, while data transparency and attribution let you know exactly how your video game ads are performing.

Want to know more about how connected TV can drive your video game advertising campaigns? Check out How CTV Advertising Powers The Performance TV Revolution.

Indie Game Marketing: How to Grow Your Game on Budget

Read this article to learn the best indie game marketing strategies small developers can use to grow their game with limited resources.

Economic Uncertainty and the Flight to Performance (TV)

Inflation may be up, but consumer spending is strong. Our CEO Jason Fairchild shares how to get the most out of your ad budget in this economy.

Want to make your video game marketing efforts more effective? We’ve got everything you need to know.

Get notified on new marketing insights

Be the first to know about new B2B SaaS Marketing insights to build or refine your marketing function with the tools and knowledge of today’s industry.