What Is CTV Advertising? Connected TV & Its Role in the Digital Ecosystem 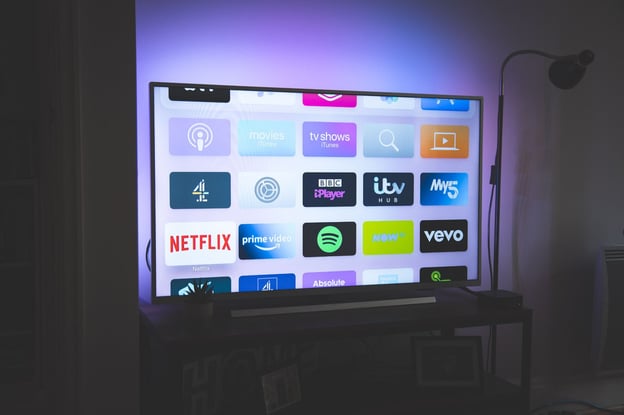 Connected TV (CTV) advertising is rapidly becoming a crucial pillar of marketing and not just for the traditional TV advertiser we are accustomed to seeing in Super Bowl ads and “Prime Time” TV.  Consider the following: 164 million US users currently access video on CTV devices, with more expected to make the migration from traditional TV in the next year. 81% of respondents to a survey about viewing habits said they prefer free, ad-supported streaming over paying for another subscription. Small wonder, given that the average North American viewer already uses more than eight streaming services on a regular basis. The potential reach of CTV advertising is massive, and yet it’s still relatively new territory for many marketers.

It’s time, then, for an introduction to CTV marketing.

Jump to a section...

What is CTV advertising?

How does CTV advertising work?

What is CTV advertising?

The connected tv advertising definition becomes ambiguous thanks to the term OTT (over the top). The term CTV is often used interchangeably with OTT, which can lead to confusion as they’re related, but not the same. OTT comprises the multimedia content that is streamed to the CTV device. The term CTV is also sometimes used interchangeably with “smart TV,” but smart TVs are a subset of the broader CTV category. So, to sum up, CTV is the television, and OTT is content which may be accessed through any number of devices (television, mobile phones, tablets, laptops, etc.). Netflix and Hulu are therefore two of the best-known sources of OTT content, and Roku is one of the best-known CTV devices.

How does CTV advertising work?

Broadly speaking, CTV advertising works the same way other digital advertising does, with ads being sold and bought via auction. As a quick reminder, the media buying ecosystem has several levels of auctions, with each tier having its own parameters of price and access. Connected TV advertising transactions often take place on an invite-only private marketplace (PMP), which exists one level above the open ad marketplace.

The rarified air of the PMP often comes at a high-priced minimum CPM, though this is not always the case. The value of a PMP is that it provides access to inventory and creative formats that may not be available in an open auction environment. It also typically has fewer bidders, leading to higher win rates.

It’s important to understand how attribution on CTV differs from both other digital advertising and ads on linear tv. Typically, the progression is as follows:

The attribution and targeting that CTV advertising platforms are capable of simply isn’t possible on linear TV. This is because linear TV is bought and measured using panels, indexes, and samples,  while CTV is 1:1.

CTV ads can come in a variety of creative formats, including display, video, and audio. Typically, advertisers take advantage of CTV platforms’ capabilities — and account for their limitations — by designing creative with particularly engaging video or audio components. The most common kinds of CTV ads are:

We’ve already touched on the massive audience consuming CTV content on a daily basis, and their overwhelming preference to watch ad-supported streaming over paid subscriptions. That’s just the starting point for exploring the benefits of CTV advertising, though. Other benefits include:

The metrics used to evaluate the effectiveness of connected TV advertising are similar to those for traditional online advertising. The most frequently used performance metric is therefore cost per completed view (CPCV). The most comment performance metrics are return on ad spend (ROAS), cost per acquisition (CPA), average order value (AOV), and so forth. All buying is done via CPM, or in some cases CPA.

How CTV Measurement, Attribution, and Brand Lift Analysis Work in 2022

What Is CTV? A Complete Guide to Connected Television