From KPIs to ad buys, keep these considerations in mind to achieve a high score with your CTV ad campaign. 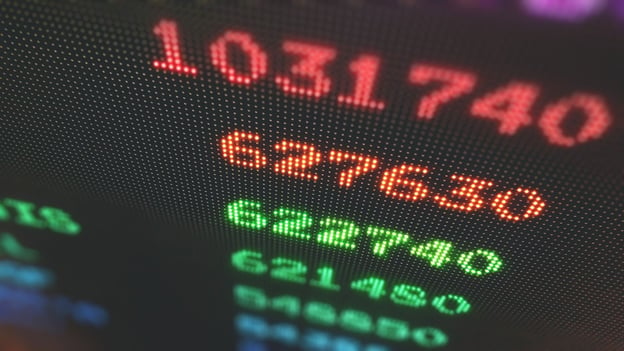 The worlds of video games and CTV have been intertwined ever since Microsoft announced its partnership with Netflix to bring high-definition streaming video content to the Xbox 360. Since those humble beginnings, CTV has become the de facto method for two-thirds of the US population to access their favorite movies and television shows across smart TVs and game consoles. Despite the overall adoption of CTV by tech-savvy audiences like gamers, the CTV ad landscape is a relatively new space for game developers, and studios that have expanded into this new advertising stream have seen results that are impossible to ignore.

CTV may share many similarities with mobile and linear TV ad delivery, but its position between these two worlds requires a unique approach to get the most out of it. Merely replicating the same strategies can lead to wasted ad dollars, while leveraging CTV's unique advertising opportunities can drive user acquisition and increase ROAS. Read on to learn more about the pitfalls to avoid when launching your mobile game CTV advertising campaign.

Pitfall #2: Failing to expand reach beyond the major publishers

Pitfall #4: Buying on CPM instead of CPI

We’ll be your player two

One of the most common pitfalls newcomers make to CTV advertising is treating the platform like linear TV. Linear TV is good at brand awareness and reach, but it’s challenging to connect those ads with quantifiable data to determine if those ad dollars directly resulted in user downloads.

On the other hand, CTV allows marketers to attribute ad views directly to conversion, much in the same way a mobile ad campaign can. Focus on KPIs like cost per acquisition, return on ad spend, or cost per completed view. These are common CTV KPIs that will help you determine how effectively your ad dollars are being spent and whether they successfully result in downloads.

Ensuring your ad is seen is still important, and tracking reach can help instruct your campaign on whether to pivot to a different channel or audience. But because the ultimate goal is conversion, attaining high reach doesn’t matter as much if those viewers aren’t then installing your game. Ensure you’re reaching the right viewers, not necessarily the most viewers, to maximize ROAS.

Pitfall #2: Failing to expand reach beyond the major publishers

Popular ad-based streaming apps like Hulu, Peacock, and Crunchyroll have a wide reach, but focusing solely on the biggest players will limit the potential success of your CTV ad campaign.

Many of the largest publishers do business via direct deals — you agree on a price with the publisher, and the publisher then shows your ads on its channels. This is great if you want to reach Hulu’s massive audience, but it also ensures that those ad dollars will only ever exist within their ecosystem.

Gathering and targeting data with CTV is very similar to traditional digital advertising, so it’s tempting to laser-focus your CTV campaign on specific users or publishers. But it’s important to remember that while digital ads target individual customers, CTV can reach entire households with a variety of needs and interests. Limiting your ad buys to third-party or demographic-specific targeting can inhibit your CTV ad’s potential reach.

Working with performance advertising platforms like tvScientific to deliver programmatic ads ensures that your campaign will cast a wide net. Plus, real-time bidding ensures you get the best possible ad placement price across the entire CTV landscape. Once you’ve performed an initial ad run to as broad an audience as possible, you can then examine which audiences are responding most effectively. That’s when you’ll want to optimize your campaign and hone in on the households most likely to download your game. tvScientific’s programmatic algorithms will kick in to help target those households by automating inventory selection, delivering the most relevant ads, and boosting ROAS by up to 50%.

Don’t completely write off major publishers as untouchable, as there is value in the audience reach they provide. But you should expand beyond direct deals and invest in programmatic advertising so your ads can reach their maximum potential.

Figuring out the precise moment when a player decides to pull the trigger and download your game has always been tricky. For mobile ads, many advertisers rely on last-touch attribution to properly measure when that happens. It makes sense: a potential player sees your ad while playing a game, clicks on it, and installs it. While it’s likely they’ve seen ads before that moment, you can generally attribute that download to that specific moment.

Relying on last-touch attribution with CTV won’t give you the full picture. While 78% of viewers use a mobile device while watching content, there’s no guarantee that they’ll immediately convert after watching your ad. They may visit your game’s website, read reviews, look the game up on social media, or even see mobile ads between the moment they view your CTV ad and when they download your app. It may even take seeing your CTV ad three or four times before triggering a final conversion.

Pitfall #4: Buying on CPM instead of CPI

When planning ad buys for your mobile game, the decision to purchase at a cost per mille (CPM) rate or a cost per install (CPI) rate can make or break your campaign. Understanding how your audience consumes content across different platforms will help guide your decision toward the right pricing model.

CPM rates determine how much you pay for every 1000 times your ad is viewed. They’re often one of the cheapest payment models available for advertisers, but there’s also no guarantee that someone who viewed your ad will convert to an install — you pay for the ad either way.

CPM may be all you need when advertising via mobile games or on the web. The friction users face between seeing an ad and downloading it is minimal since they’re already engaged with their device. For brand awareness campaigns, CPM is a great way to get the word out while minimizing costs.

The technology behind CTV ad delivery may be similar to mobile ads, but the way users engage with CTV ads is far different. Like linear TV, CTV viewers tend to be more passively engaged with content — great for displaying ads but trickier when requiring users to take action, especially when they need to use a separate device to download your game.

Again, if your only concern for your ad campaign is brand awareness, CPM may be just fine. But if your goal is driving user acquisition to grow your player base, CPI allows you to pay for real-world results. Choosing a CPI rate for your CTV campaign will carry a higher cost, but it ensures you’re getting the most out of your ad dollars while leveraging multi-touch attribution to track ad engagement from the CTV platform to their mobile device.

CTV ads share many similarities with linear TV regarding aesthetics. The larger screen provides a canvas for premium ads that are flashier, denser, and more exciting than mobile, and the passive experience ensures viewers are engaged throughout.

That’s where the similarities end, though. Like KPIs or attribution, customizing your ad creative to the CTV landscape will better position it to find your targeted audience and allow you to adjust those ads on the fly as you receive real-world data.

For example, as you’re performing incrementality tests on your ads, you may discover a 15-second ad reel resonates more with a younger audience than your 30-second ad reel. Or you may discover that certain demographics respond positively to specific characters or moments of your ads. Designing modular creative will allow you to hone in the aspects that resonate with viewers and retarget viewers with updated versions of ads they’ve already seen.

We’ll be your player two

A majority of CTV consumers watch at least one ad-based streaming channel, and you need a partner who can help you reach an engaged and growing audience with precision and efficiency. tvScientific has worked with partners like AppLovin, Big Fish Games, and more to provide solutions for game developers that drive user acquisition, with an average cost per install of $1.90 and an average Day-7 return on ad spend of 1.25X.

Sign up for our latest report, How CTV Advertising Powers the Performance TV Revolution, to learn how to leverage this exciting new market to acquire users and maximize ROAS for your mobile game. And contact us today to learn more about how tvScientific can help you achieve your ROAS goals.