Want to make your video game marketing efforts more effective? We’ve got everything you need to know.

Level up your video game marketing strategy with this comprehensive explainer. 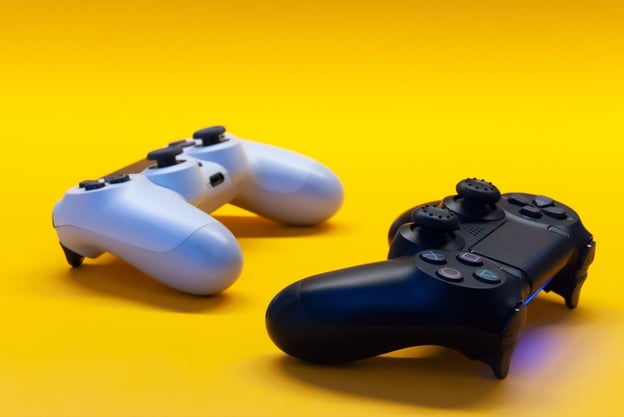 When it comes to video game marketing, there’s no one right way to attract new players. The $200 billion industry encompasses everything from technology-straining AAA titles with hundred-million-dollar budgets to small teams of independent developers, all of them making games spanning dozens of genres for a variety of different platforms. On top of that, marketing video games has changed considerably since the days when Sega did what Nintendon’t, so game marketing strategies need to be constantly reevaluated.

Growing Your Indie Game on a Budget

Reach Gamers Where They Play (And Watch)

The Video Game Marketing Revolution Will Be Televised

In 2021, Apple made sweeping privacy changes to its iOS platform that dramatically shifted how marketers think about mobile advertising. Since then, mobile marketers have had to find creative new ways to reach consumers and track campaign progress, making mobile game marketing in a crowded market even more difficult.

So how can mobile game marketers meet their UA and revenue goals? It all starts in the app store and grows from there.

Think of app store optimization (ASO) as an extension of SEO, since you’ll also want to target relevant but low-competition keywords to be competitive. For the best chance of conversions, pair your keyword expertise with high-quality visuals and smart copy that shows off the qualities that make your game special. After all, getting people to your app store page is just the first step; what you show off there is going to determine whether or not they commit to the download.

Good mobile game marketing begins in the App Store or Google Play Store. There are a few ways to make the most out of your app store presence, but search ads are crucial. Users who search for similar games in the app will find yours listed as a top promoted recommendation, therefore capturing impressions from those who are actively looking for new mobile games. App store search ads make users more likely to engage with your app store page, which puts them on the path to downloading and making in-app purchases. It’s like selling to a lead rather than making cold calls; instead of trying to reach a massive general audience that may or may not be interested in what you have to offer, you’re appealing directly to your intended audience.

One of the biggest mobile game success stories in recent memory is Genshin Impact, which attracted millions of monthly players while racking up $2 billion in player spending in its first year alone. Interestingly, Genshin Impact’s meteoric rise began before it was even released thanks to developer MiHoHYo’s clever video game marketing strategy. During an aggressive pre-registration campaign, Genshin Impact garnered 10 million registrants whose efforts contributed to a global progress bar tied to various rewards. In other words: The more people who registered for the game, the more prizes were unlocked for the entire community. Thanks in part to this campaign, the gacha game went on to earn nearly eight million monthly average users in its first month after launch. The takeaway for mobile developers is that pre-registration campaigns tied to in-game rewards are an effective way to create buzz and generate pre-release interest, even if you don’t have the same budget as the behemoth Genshin Impact.

Influencer partnerships are particularly useful when marketing video games. While the thought of working with top gaming influencers and their massive audiences might be appealing, you’ll want to be more strategic when it comes to using these partnerships in mobile game marketing. You’ll want to find the right match for your game and your brand, and you can do that by studying their fans. How do these influencers interact with followers? How big or active is their audience? Sometimes, the one with the small-but-engaged audience is actually a better pick than the biggest name in the biz, so choose wisely and only partner with influencers you trust.

It’s estimated that by 2023, 82% of households will use connected TV. Ignoring such a large and actively engaged audience would be a huge misstep in your video game marketing strategy, especially since CTV ads can target consumers far more specifically than traditional TV commercials can, as well as making it easier for UA strategists to track performance. With connected TV ads, marketers can define performance goals like ROAS while deploying engaging campaigns with the high-quality creative usually found in traditional TV ads.

Growing Your Indie Game on a Budget

In many ways, indie game marketing is similar to mobile game marketing — and the two aren’t mutually exclusive. Indie games often set themselves apart with unique graphical styles, innovative storytelling mechanics, and other experimental gameplay aspects, but communicating these ideas can be tricky. Here are three strategies that indie game developers should keep in mind:

For more indie game marketing tips, check out Indie Game Marketing: How to Grow Your Game on a Budget.

From the biggest AAA titles to the smallest indies, thousands of games are released across various platforms every single year. While that’s great for gamers, that also makes it harder for game advertisers to get their messages across and connect with audiences. It’s critical that video game ads cut through all of the noise generated by the sheer volume of gaming-related media, but how can advertisers make their mark? There’s no one-size-fits-all solution, but these strategies will get you closer to your marketing goals.

Games are a visual medium! As stated above, aesthetics should play a prominent role in your video game marketing strategy. Whether you’re advertising hardware or software, consumers should be able to understand your product’s appeal at a glance. Don’t waste time with generic, buzzword-filled descriptions; be specific about what makes this product special and be able to back it up with visual assets like high-quality screenshots and thoughtfully produced trailers.

It’s been half a century since Pong put video games on the map, meaning that generations of people have now grown up with video games. Gamers often form strong emotional connections to meaningful titles from their formative years, and 90s nostalgia is particularly big among the Gen Z and Millennial crowds. When it’s applicable to your own video game marketing, leveraging nostalgia is an effective way to reach a broad audience and create internet buzz.

Who’s playing your games? Who do you want to play your games? Who’s playing games like yours? Understanding the demographic makeup of your target audience will go a long way toward being able to connect with gamers. Plenty of research already exists about the demographic makeup of gamers, from gender to age and beyond. Start by doing your homework, and consider doing your own market research as well. Surveys in games or on social channels will give you a better idea of how your campaigns are coming across, and players appreciate when developers and publishers keep the lines of communication open and respond to feedback.

Reach Gamers Where They Play (And Watch)

In order to avoid wasting time and ad spend, your video game marketing strategy should hone in on the most relevant advertising channels. There are things to keep in mind:

With that in mind, OTT ads are a no-brainer for video game marketing. Gamers use consoles for far more than just games; they’re all-in-one entertainment machines that house their favorite streaming services as well. While you’ll still want to explore social and mobile marketing platforms, don’t forget that emerging platforms like connected TV can be just as (or even more!) effective in reaching your target audience.

For examples of these video game marketing strategies in action, check out The Complete Video Game Ads Playbook.

If you’re struggling to perfect your video game marketing strategy, not to worry! We’ve rounded up some of the best game ads ever to serve as inspiration. Each ad on the list is a master class in how to command attention and make sure your message resonates with audiences:

Learn more about why these ads were so successful in the full article — Ranked: The 5 Best Video Game Marketing Campaigns of All Time.

The Video Game Marketing Revolution Will Be Televised

Marketing video games has never been easy, but the modern advertising landscape has made it even more difficult to stand out. Thankfully, you can be sure that as long as consoles can host streaming entertainment apps, gamers will be watching. Connected TV is one of the most effective platforms for game marketing, so make sure you’re considering it when strategizing. To learn more, read our comprehensive report: How CTV Advertising Powers The Performance TV Revolution.

Looking to expand into new growth marketing channels but don’t know where to start? Read our blog to find out which performance channels deliver ROAS.

Want your video game ads to cut through the noise? These best practices will help you stand out in a crowded market.

Get notified on new marketing insights

Be the first to know about new B2B SaaS Marketing insights to build or refine your marketing function with the tools and knowledge of today’s industry.